CHARLES ANTON
Founder and First President of the AAC

Charles Anton was born in Austria in 1917 and migrated to Australia in 1938. He passed away in Cooma Hospital on September 17, 1966, the victim of a rare form of meningitis. When World War 2 broke out in 1939, he joined the "Aliens Section" of the Australian Armed Forces. In September 1945, an Allied Services Ski Meeting was held at Charlotte's Pass and Private C.W. Anton is recorded as having finished 4th in the Downhill event and 3rd in the Slalom. This was Charles' first taste of skiing in Australia and he found, on subsequent ski trips that Spring, that his new country had mile upon mile of glorious snow country with runs comparable to some of the best in Europe.

The various installments of this Australian Ski Heritage Study, have covered the development of the AAC from its founding meeting in Sydney on 10 November 1950 to the 1980's and Charles Anton's pivotal role as President. In addition, the Sixth Installment described the very substantial contributions to the creation of the Thredbo Ski Resort made by Charles in the 1950's, as a leading member of the founding syndicate. Despite the loss of the AAC's charismatic leader in 1966 and the subsequent departure from the AAC in the 1990's of three of the lodges that Charles had helped to create, the AAC lives on with five ski lodges still operating under the AAC's banner.

When news of his passing reached Melbourne on 18 September, 1966, Warren wrote a tribute that was published in the Newsletters of the Falls Creek Huette and Patscherkofel Lodge. The following paragraphs are excerpts from those Newsletters describing what it was like to be working with a "human dynamo".

"During the 1954-55 seasons all units worked well; then, in 1956, disaster. In the short span of three weeks Kunama was destroyed by avalanche and the Tow House was burnt to the ground. In three weeks the results of three years hard work had been completely wiped out. With only Albina left, rebuilding on the Main Range was well nigh impossible under new Park Trust Regulations. The Trust's current attempt to take over Albina would, if successful, complete the process started by the elements ten years ago. No wonder Charles strenuously resisted the take-over right up to the time of his death. He spent his very last day of skiing visiting Albina." (a couple of days before he died in Cooma Hospital, after illness had rendered him unconscious at Roslyn Lodge).

"The Falls Creek Project was the first time I worked in close collaboration with Charles and the experience is best described as exhilarating. The early morning phone calls, the letters typed while he was travelling, and the flying visits to Melbourne, to Falls Creek, and to Mr Bolte, really kept us (his fellow committee-men) on our toes. We wavered at times, but always Charles' infectious enthusiasm overcame our doubts."

"When things really looked black (for the Falls Creek Huette Project) he generously loaned the project nearly $4,000. Spurred on by his optimism, work started on the Huette on 19th March 1963, and it was finished in time for the Queen's Birthday Opening."

"Charles had hoped to continue the Club's expansion by building at Hotham in 1964, but was persuaded to wait, as Hotham, with its 'limitless possibilities and an infinite variety of slopes, second to none in Australia', seemed poised on the brink of a Thredbo-like development. In the meantime, the Patscherkofel Lodge Project, Mt Buller, was launched by the Club."

"Less than a fortnight before his untimely death, Charles and I had a long talk together at Falls Creek about the future plans of the AAC, particularly in Victoria. It clearly gave him pleasure to hear of our proposals for building a Club Lodge at Hotham. His enthusiasm for this project, and for skiing in general, will always be a source of inspiration. Appropriately, the text chosen for the memorial service at St. Mark's Church, Darling Point in Sydney, at which we paid our sad last respects, was 'Hast thou entered into the treasures of the snow?' (Job 38.22). Charles Anton certainly had, and he spent much of his life making it possible for others to do likewise."

Following cremation, Charles Anton's ashes were placed in a niche carved out of the granite near the top station of the Thredbo Chairlift, by Leon Smith, in a month of hard work in a very exposed location (Photo Nos.33 & 34). On the Queen's Birthday Weekend, 1968, following a memorial service conducted by the Reverand David Hayes, this time in the Thredbo snow that Charles loved so much, the NSW Minister for Lands, Mr Tom Lewis, unveiled a commemorative plaque designed by Otto Erneg (who also designed the Kareela Huette, where Yutta and Charles were married in 1959, only a few hundred metres from Charles' final resting place). The plaque reads as follows:-

An entire mountain had been named after Charles Anton in 1967. Mt. Anton, 2019 metres altitude, is located on the Great Dividing Range (the "Main Range") about 1.6 km north-east of Mt. Twynam and 3 km west-north-west of Illawong Lodge. The announcement of its naming was made in the NSW Government Gazette on November 10, 1967 – the AAC's 17th birthday.

All who met Charles Anton quickly became aware of his determination and ability to get things done – and done now! Action was his key-word and he not only knew how to achieve the goals of the AAC, but also what had to be done to create a ski resort at Thredbo. He could enthuse friends and enrage the bureaucrats, who were trying to limit the Anton initiatives at Thredbo and for ski touring. If blocked, he always found a way around the obstacle. Charles Anton proved to be a man of extraordinary vision. His concept of an association crossing State boundaries and bringing the ability to ski in several Australian resorts, to as many families as possible, through ski booking reciprocity between lodges, is one of his legacies to Australia's skiers. 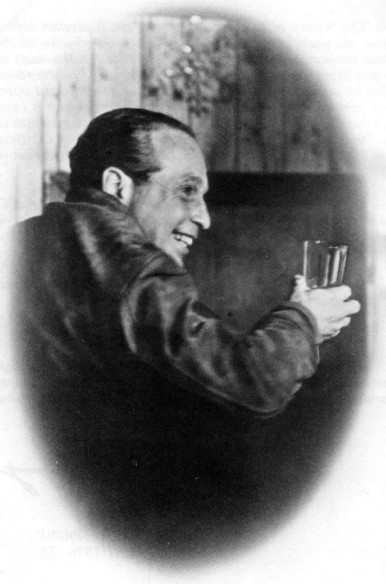